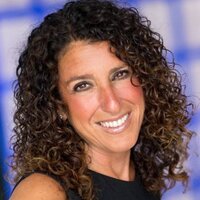 About the Author
Tamar Elkeles

Tamar Elkeles is an experienced chief learning & talent officer, chief human resources officer, and thought leader in the talent, learning, HR, and organization development field. Throughout her nearly 30-year career, she has had unique experiences with entrepreneurs and executives in startups as well as large enterprises. She has expertise managing global growth, scaling businesses, and leading international teams as well as an extensive background implementing best-in-class practices within technology companies.

Tamar was most recently the CHRO for XCOM Labs, a wireless technology company propelling the next mobile technology revolution. Previously, she was chief talent executive at Atlantic Bridge Capital, a global venture capital fund focused on technology investments. Prior to this role, Tamar was the chief people officer for Quixey, a Silicon Valley tech startup, and before that spent 25 years as the chief learning and talent officer at Qualcomm.

In her roles as CHRO, Tamar led all HR globally, including talent acquisition, talent development, compensation, benefits, HR systems, organization design, employee communications, and worldwide HR operations. In her long tenure as chief learning and talent officer, she helped grow Qualcomm into one of the most successful companies in the world. There she led the development of Qualcomm’s workforce, scaling the employee base from 700 to over 31,000 employees worldwide. Her scope of leadership included talent strategy, global learning, executive/leadership development, technical development, employee communications, change management, organization development, acquisition integration, organizational transformation, talent management, culture & engagement, emerging technologies, and mobile learning for Qualcomm’s global workforce. The Qualcomm Learning Center operated as a unique internal consulting function to the business, which provided innovative solutions that enabled business growth and strong financial results.

Under Tamar’s leadership, Qualcomm’s Learning Center consistently ranked in Training magazine’s list of Top Training Organizations. In 2002, they were best in class in telecommunications. In both 2000 and 1994, they were awarded the Organization of the Year Award from the Association for Talent Development for exceptional employee development programs. During Tamar’s nearly 25-year tenure at Qualcomm, The Qualcomm Learning Center earned several awards from ATD and was regularly named to the Chief Learning Officer (CLO) Magazine “Learning Elite”. In 2015, the Qualcomm Learning Center was named “Learning & Development Organization of the Year” by CLO Magazine.

Tamar has been featured in several publications including CLO magazine, Training magazine, HR Executive Magazine and T&D magazine for her outstanding leadership and innovative contributions. Throughout her career she has earned numerous awards, including the “Learning Elite Trailblazer” Award (2014), the prestigious “San Diego Women Who Mean Business” Award (1998) and the “Tribute to Women in Industry” Award (2004). In 2010 she was named “CLO of the Year” by CLO magazine and in 2014 was named “Top Influential” by the San Diego Daily Transcript for her significant impact and leadership in the technology industry.

In addition to her executive leadership positions, Tamar is also an accomplished author. She authored the first book on the CLO’s role: The Chief Learning Officer (2011) and, in 2013, co-authored the book Measuring the Success of Learning Through Technology. Her book, The Chief Talent Officer, was released in 2017, and her most recent book Forward Focused Learning was released in December 2020.

Tamar is currently on the board of directors of G3VRM Acquisition Corp and also served on the board of directors of GP Strategies Corporation until its sale in October 2021 to Learning Technologies Group. She has public company board experience with Governance, Compensation and Government Security Committees. Tamar also serves on the Forbes School of Business & Technology Board at the University of Arizona, The CLO magazine editorial board, and the ATD Chief Talent Development Officer (CTDO Next) Board. She was a member of The Conference Board’s Executive Council on Talent and Organizational Development and also served on the ATD board of directors. Tamar holds both a Master of Science and doctorate in organizational psychology.