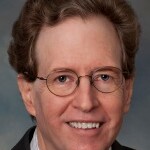 About the Author
David Vance

David Vance is the Executive Director of the Center for Talent Reporting which is a nonprofit organization dedicated to the creation and implementation of standards for human capital reporting and management. He is the former President of Caterpillar University, which he founded in 2001. Until his retirement in January 2007, he was responsible for ensuring that the right education, training and leadership were provided to achieve corporate goals and efficiently meet the learning needs of Caterpillar and dealer employees. Prior to this position, Dave was Chief Economist and Head of the Business Intelligence Group at Caterpillar Inc. with responsibility for economic outlooks, sales forecasts, market research, competitive analysis and business information systems. Dave received his Bachelor of Science Degree in political science from M.I.T. in 1974, a Master of Science Degree in business administration from Indiana University (South Bend) in 1983, and a Ph.D. in economics from the University of Notre Dame in 1988. Dave was named 2006 Chief Learning Officer (CLO) of the Year byChief Learning Officer magazine. He also was named 2004 Corporate University Leader of the Year by the International Quality and Productivity Center in their annual CUBIC (Corporate University Best in Class) Awards. Caterpillar was ranked number one in the 2005 ASTD Best Awards and was named Best Overall Corporate University in 2004 by both Corporate University Xchange and the International Quality and Productivity Center. Dave is a frequent speaker at learning conferences and association meetings. He conducts workshops on managing the learning function, and teaches at Bellevue University and the University of Southern Mississippi. His current research focus is on the development of Talent Development Reporting Principles (TDRp) for L&D in particular and human capital in general. He also is a trustee and lead independent director for State Farm Mutual Funds, and an advisory board member for Capital Analytics, Inc. and Knowledge Advisors. His first book, The Business of Learning: How to Manage Corporate Training to Improve Your Bottom Line, was published in October 2010.