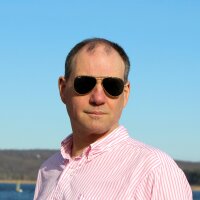 About the Author
Clark Aldrich

Clark Aldrich has been called a “guru” by Fortune and a “maverick” by CNN. He and his work in educational media have been featured in hundreds of sources, including CBS, ABC, The New York Times, USA Today, AP, Wall Street Journal, NPR, CNET, Business 2.0, BusinessWeek, and U.S. News and World Report.

Aldrich develops custom short sims, a new type of transformative non-proprietary educational content that he pioneered to fix education, through www.shortsims.com. He also trains designers for Short Sims Certification based on his newest book, Short Sims: A Game Changer(April 2020).

He works with corporations, universities, foundations, the U.S. military, nonprofits, government organizations, academic institutions, and VCs on a variety of additional projects to implement the future of education.

Aldrich has written six books, been a columnist for industry magazines, quoted by President Obama, and invited to speak at the Koch brothers' annual education summit, as well as created patent and award-wining programs. Previously, he was the founder and former director of research for Gartner’s e-learning coverage. Earlier in his career, he worked on special projects for Xerox’ executive team. He also volunteered on several non-profit organizations aimed at child advocacy, and has served on numerous boards.