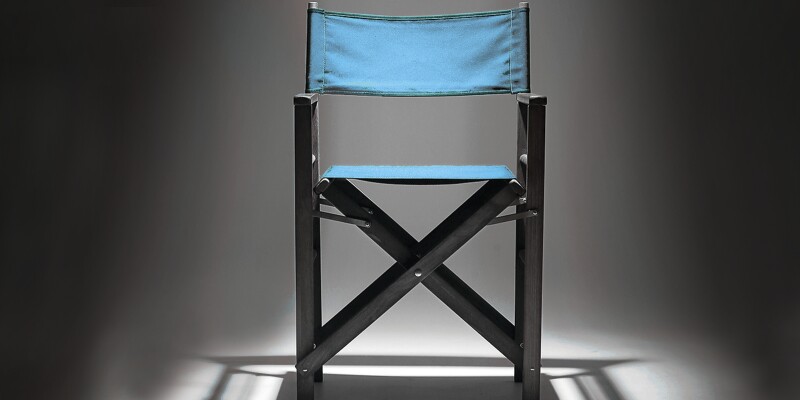 The Easy Way Out Is Not the Best Solution

Taking shortcuts will lead to unproductive and likely costly outcomes.

When you cheat, you know better.

When I was a talent development manager at a public accounting firm, I administered the most disastrous learning event of my career. If I’m truly honest, it was because I cheated.

What’s worse, I blamed my supervisor, and she took the hit. What happened in that two-hour session awoke both my integrity and my commitment to the talent development discipline.

I was preparing for the annual weeklong audit managers’ continuing education program. One of the new sessions was on project management. The program’s stakeholders had stressed that inefficient audits were causing backlogs in the intricate web known as the audit schedule.

I knew that one backlogged audit could negatively affect up to five new audits. The result was a compounded loss of revenue and a workforce of frustrated, overworked auditors.

This would be a high-impact session, and I was eager to lead it.

Fortunately, my supervisor had a connection at a prominent university. We hired two professors who were leading experts in project management.

I was thrilled that participants were going to learn from the best. So, what could go wrong?

Everything. Because I took shortcuts along the way, I missed opportunities to prevent disaster.

Cheat 1: Not evaluating other vendors

It was less work to go with these individuals and not question the decision.

During the initial planning call, I described our project management needs and discussed our audience. I knew the audit managers very well.

On the surface, they tend to be highly organized project managers. However, auditors are trained skeptics. It’s their job to find fraud.

Unlike the movies, they do not pull all-nighters in a paper-strewn conference room scribbling numbers on a glass wall and then, as dawn approaches, a complicated formula reveals the nefarious villain who has been stealing from the company. In reality, auditors take samples and look for anomalies. Their skepticism conflicts with their ability to determine whether they’ve obtained a sufficient sample size.

Everything seemed fine on the call with the professors. Their only questions were about logistics. I assumed that meant I had communicated clearly and thoroughly. I was satisfied with my efforts and could now focus on other sessions.

Cheat 2: Not asking how the provided information would affect the design

A week before the event, my supervisor and I had one last call to discuss content and logistics. The professors planned to introduce all core project management concepts and could potentially have enough time to get into some details.

They assured me it would be a jam-packed session, which sounded great. I heard what I wanted to hear and checked my box.

Plus, it was too late to make any changes. They were the experts, so who was I to question their content? I told them I looked forward to seeing them and moved on to my next call.

Cheat 3: Not reviewing the materials

There is no excuse for this. The week of the event arrived. Participants were enjoying themselves, and sessions were going well.

I had spent a lot of time with internal facilitators, and the improvements were noticeable. I was pleased with myself, and aside from an acute bout of laryngitis, I felt great about the event.

At 10 a.m. on Tuesday morning—now forever etched in my mind—the project management session began. My supervisor was there, and she proudly introduced the facilitators, bragging about their elite status as professors and subject matter experts from the world-renowned university.

She laid it on thick, and the professors drank in the applause as they turned on their microphones and took their places at the front of the room.

Lazy work, sloppy work, cutting corners, and failing to question direction are all forms of cheating.

I can only describe the first slide, which turned out to be the only slide, as a periodic table of project management elements. It was a 10-by-10 grid, each square with a core component.

They proceeded to talk about each individually, albeit briefly, because there were 100 to get through in two hours. As soon as I realized what was happening, my blood ran cold and I immediately began thinking of ways to salvage the session.

To make matters worse, I realized that I had ignored one entirely critical component: I didn’t know my vendor.

Cheat 4: Not knowing your vendor

Arguably the most boring piece of any vendor introduction is listening to the vendor’s history and seeing the inevitable slide with all the logos of satisfied clients. However, this part is critical, because it’s when you establish the vendor’s baseline capabilities.

The professors were accustomed to lecturing students, who absorb material through pedagogic learning. College students do not choose whether to incorporate the material as employees do.

In addition, having a doctorate had earned these professors an authoritative status, which we reinforced with our elaborate introduction. As the professors conducted their session, they sensed the dissatisfaction in the room.

They reacted by tightening their grip on their semblance of authority. What initially came across as condescension quickly spiraled into parental-like dictatorship.

A mere 10 minutes into the session, one of the professors said, “Look, we have an entire semester’s worth of material squeezed into two hours here, so settle down or we’ll never get through it.”

The room was incredibly tense. My mind was racing. The two partners who had sponsored the event were sitting next to me in the back of the room and were livid. One of them benevolently whispered to me, “Let’s take a 10-minute break.”

After we regrouped, I attempted to explain to participants how to relate this project management theory to their audits. However, the laryngitis made it nearly impossible for anyone to understand me.

The professors tried to mirror what I said, but the audience had already written them off, and there was no recovering from it. The only factor that kept participants in the room was the continuing professional education credits.

When it was over, my supervisor took the heat for the session. After all, she had recommended the professors.

I pettily reminded the sponsors of that. Deep down, I felt incredible guilt and was afraid of getting in trouble. Had I taken the proper steps, I could have prevented that session from ever taking place.

What’s the difference between making a mistake and cheating? A mistake is never intentional.

When you cheat, you know better. Lazy work, sloppy work, cutting corners, and failing to question direction are all forms of cheating. Working efficiently, asking the right questions to quickly move forward, and stopping at sufficient levels are not.

These days, now that I manage the people who work with vendors, I ask questions with skepticism. My team knows that I’m not questioning them but rather uncovering assumptions.

I also remind my team that I don’t come prepackaged with all the answers. They must research options and recommend the best approach.

The project management session not only taught me to be more disciplined in my approach to learning, but it shaped the way I manage others. Employees will make mistakes, but my symbiotic approach to management makes cheating obsolete.

As for those audit managers, they endured another year of inefficient audits; compounded lost revenues; and a frustrated, overworked workforce. The next year, however, the project management session was one of the best I ever delivered.

About the Author
Beth Teixeira

As director of L&D at Comscore—a midsized tech organization in 20 countries—Beth Teixeira, CPTD, manages a team that implements modern, scalable solutions that drive change and growth in learners regardless of level or location. She sponsors Comscore’s six employee resource groups, including for women, people of color, and LGBTQIA+.

In 2020, Teixeira earned gold in Brandon Hall Group’s Excellence in HCM awards for best advance in competencies and skill development. In 2019, she received a corporate governance award from Corporate Secretary for best compliance and ethics program, as recognized by NASDAQ. And in 2018, she received an innovation award from Skillsoft for developing a new learning modality called the continuous learning journey (CLJ).

Prior to her directorship, Teixeira was a learning consultant who managed US-based global clients across a broad array of industries.