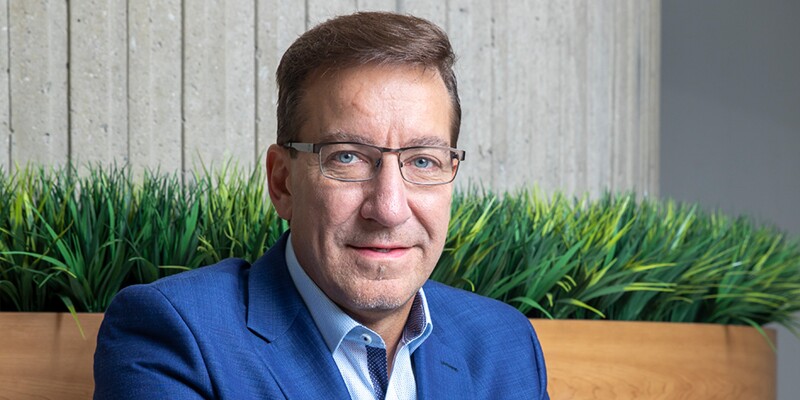 PG
By Patricia A. Gallagan
0
Comments

And the 2008 global financial crisis—when car sales plunged—only increased its losses. With liabilities twice its assets in 2009, GM engaged in an ongoing process of improving the operating cost of its core business by reducing the number of employees, closing factories, and shedding dealers.

It likewise began to reinvent itself as a completely different kind of company—one that could create its future and adapt quickly to change. The transportation industry was beginning to rapidly evolve, and this meant GM would need talents and skill sets that were uncommon for traditional automotive employees. Central to its reinvention efforts, the auto manufacturer wanted to create a new corporate culture that would foster positive disruption from within and redefine the future of mobility.

So in 2012, GM brought on Michael Arena as its chief talent officer to support the company's new direction.

Arena describes himself as a "pracademic," someone who is a practitioner at the core but grounded in research and teaching. He spent two years as a visiting scientist at the Massachusetts Institute of Technology's Media Lab and is currently a design thinking coach at Stanford University's d.school, while also teaching in the University of Pennsylvania's master's in organizational dynamics program.

While at MIT, he was part of a research team looking at why some large, complex organizations can reinvent themselves while others are not so adaptive. "We interviewed 500 leaders from 60 companies. We determined that while every organization has formal systems and structures, they also have what we called entrepreneurial pockets, which are places in the organization where somebody is trying to change the status quo. These exist even in organizations that are not adaptive."

But the study also reveals that only the adaptive organizations had a third dimension, which the researchers calladaptive space. Arena describes adaptive space as a bridge that takes ideas from people in the entrepreneurial pockets of an organization into its formal structures so that they can be funded and scaled to drive innovations. These ideas can range from product to learning to workplace innovations. But Arena, author of the new bookAdaptive Space, rarely uses the term inside GM.

"The terminology of adaptive space doesn't matter. The more you name something, the more baggage builds up around it. What does matter to us is driving GM's business strategy around the future of mobility. As a practitioner, I don't care about the theory unless we're able to make it come to life, and that's what we have been able to do here at GM—activate the principles of adaptive space."

When he was hired, Arena didn't immediately begin applying the principles of adaptive space at GM. Because the company had been focused on survival, it had underinvested in hiring and talent development. One of his first tasks was to restock the company's human capital.

"We knew we were going to have to hire a considerable number of people to keep up with what we thought the recovering business demanded," Arena says. This included hiring many young people to balance the demographics of the GM workforce, which had shrunk and lacked diversity of age and outlook. But hiring was just the start.

"We knew we needed to create a culture that the next generation could see as a place to play a role in and make a difference." His vision was to create networks of people who would facilitate agility and innovation across the company and would support GM's reinvention.

To do this, Arena's group launched GM 2020, built on principles of adaptive space and network theory. Its purpose was to energize employees to reinvent the company culture from within.

"I was brought on at GM to work on things such as engagement and refreshing the talent pool. Culture was certainly in my purview, but I wasn't asked to reinvent it. GM 2020 was more of an organic movement that emerged from within with only a little nudge from me. I sponsored it, but I didn't lead it."

Arena adds, "Instead of architecting or designing the future ourselves, we decided to invite a few people in the organization to help us. We picked 30 young folks who had joined the company within the previous six months and asked if they would co-create the future with us."

The young employees decided that middle managers needed to be part of the co-creation, so they picked 30 middle managers and invited them into the group. Arena's team organized a design thinking boot camp to help them look at the challenge of positive disruption.

The group of 60 people chose to continue their learning by visiting environments in Detroit, Michigan, that they thought were already progressive. That spurred discussions about what paradigms at GM needed to be shed to move forward.

Arena's group also commissioned a study by futurists deep within GM. They identified four factors that would need to be true of GM's culture in the future if it were going to succeed:

"These characteristics are commonplace today, but they weren't in 2013," says Arena. The grassroots movement of GM 2020 grew organically, eventually attracting almost 5,000 employees to the task of disrupting and reinventing GM's culture. Participation is voluntary, and the group is self-organizing.

"These people have become a tremendous catalyst for change across the company," Arena explains. "They're challenging us to think about the future of work and what it means to be innovative and agile. They look at everything from space configuration to where we should invest resources to what type of culture we want."

Four roles help enable adaptive space: brokers, connectors, energizers, and challengers. A broker is a bridge, while a connector is someone at the center of a small group, a kind of hub. For example, a broker may be someone who is connected externally to a university or supplier. As a result, this individual is more likely to have new discoveries. A connector may be someone deep within an existing team, who may be likely to get that idea implemented. Together, they make a powerful combination. Using network maps, it's possible to determine whether a person is a broker or a connector. People are one or the other but never both at the same time in the same network.

The energizers and challengers are two poles of a continuum. Brokers and connectors are also one of these two roles. As such, someone could be a connector and an energizer, for example.

At GM, people can figure out where they are in the network by using a self-assessment or a network map. There are also tools to help leaders identify who has which traits. Taking these roles in the network is voluntary, and the roles associated with people are not part of their performance appraisals.

"These are informal classifications about how people connect with other individuals. Where we use it formally is when we're thinking about things like learning. If we can engineer the right social arrangements, we can enable learning at a whole different level."

To brand or not to brand

Though Arena is wary of branding things because he believes it can make them targets of opposition, the company branded the GM 2020 initiative. "That was intentional. We wanted people to feel that they belonged to a community that was doing something bigger than themselves. When people feel they belong to a community that's trying to create positive disruption, they feel empowered to try different things."

Using the principles of adaptive space to change GM's culture did not begin with having to seek permission from top leadership to launch GM 2020. "That's part of the beauty of adaptive space," Arena notes. "By its very nature, it engages the system and the network. Once you buzz up the network with something like GM 2020, you create energy, and suddenly it's not about convincing people as much as it is about being ready to share the path forward."

Arena describes GM Chairman and CEO Mary Barra as "the chief energizing ion who fires people up about a future that's different. In October 2017, she announced our vision of a future with zero crashes, zero emissions, and zero congestion. Barra's leadership is drawing together like-minded people to take on these really big challenges."

Another tool to support positive disruption at GM is design thinking. "We drive design thinking for the enterprise, and we're doing a ton of it," says Arena. One group in his unit does nothing but facilitate design thinking projects to try to instill that capability in the organization.

"Let's say someone from one of GM's businesses comes to us for help with something like getting a better understanding of luxury transportation or what urban mobility looks like. Rather than build a course, we charter a design thinking project for them."

In a typical project, a group of leaders and people with a business need attend a design thinking boot camp where they learn tools for solving design challenges. The learning is hands-on, and the participants work together to solve a design challenge.

Arena notes two new GM services that were developed through design thinking projects. One is the car-sharing platform, Maven, and the other is BOOK by Cadillac, a subscription service for luxury cars that is an alternative to leasing or buying a vehicle.

Arena's responsibilities as chief talent officer could be a blueprint for other organizations that are operating in a disruptive environment and trying to reinvent themselves before a terminal wave of change washes them away. At GM, he's responsible for traditional areas—such as talent management across the company, leadership development and learning, and cultural transformation. But he also uses his expertise in predictive analytics and network analysis to determine talent needs, and he thinks this skill is critical to his role.

"I think that understanding social capital is a big emerging skill for someone in the development or transformation space," Arena says. And while human capital is critical and familiar, he believes that social capital is how you position yourself to leverage the human capital. "So, if we hire really smart people and they stay on the edges of the network, what they know isn't going to be used." His prediction for the future: "Understanding networks and social alignment are critical skills that will become part of the talent officer role in a big way over the next five to 10 years or sooner."

Note: This article was written before GM’s recent announcement of restructuring and plant closures.