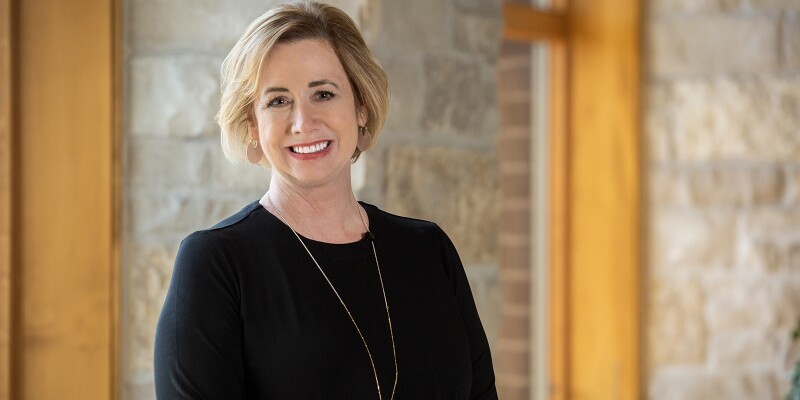 Talent development skills are portable across industries—and Mary McNevin’s career is a testament to this. She’s developed talent for a healthcare company, a food manufacturer, and now U.S. Venture, an energy, automotive, and lubricant products company. The learners in her current universe range from CEOs to barge captains, forklift drivers, and oil traders.

As director of talent management, McNevin oversees talent acquisition, performance management, talent development, and succession planning and preparation for U.S. Venture’s 1,800 employees across the United States. McNevin describes the family-owned company, based in Appleton, Wisconsin, as sophisticated in its management outlook and practices. One of its subsidiaries, U.S. Gain, works to expand the supply of renewable natural gas to help the transportation industry reduce emissions. Other parts of the business handle the distribution of petroleum products, lubricants, tires, and undercar parts for the automotive aftermarket.

From executives to new supervisors

Succession planning and leadership development are the company’s top concerns, because it expects some key senior leaders to retire in the next five years. McNevin is responsible for making sure the next generation of leaders is prepared to fill top leadership positions.

Each employee in the executive succession pipeline has an individual development plan. “Many of the development plans have a coaching component, which can last up to a year. We prepare our coaches to work with executives on growth that is specific to their needs,” says McNevin. Working on her doctorate dissertation in executive coaching prepared her to work with these executives’ coaches.

In addition to working with top executives, McNevin directs first-time supervisors’ development. “So often, when people make that first move from doer to leader, it’s a hard transition. I’ve seen this in other industries where I’ve worked. We’re really trying to make the transition to supervisor here as easy as it can be,” she explains.

Succession planning and leadership development are the company’s top concerns.

The process of preparing people for supervisory roles begins with a series of assessments over several days. “We assess candidates’ performance in a mock job interview and a mock coaching situation where they have to give difficult performance feedback. We also assess them on how they would handle a termination.”

Other assessments include dealing with two people who are having an altercation and what to do when a safety incident occurs. Training sessions follow the assessment exercises, and then the new supervisors are reassessed to compare their performance before and after the training program.

“These assessment center situations are helpful for showing people how to coach in the moment using specific steps they can practice,” says McNevin. “In the beginning, many of the supervisor candidates are what we would call ‘unconsciously incompetent.’ But when we put them into an assessment scenario, they quickly become consciously incompetent—they know when they haven’t handled a situation well. We find that this makes them more attentive when they are doing the training modules,” she says.

Following the assessment, training sessions, and reassessment, the company provides coaching to support the first-time supervisors who need additional help.

At the front end of the talent pipeline, McNevin is working to increase the diversity of new hires and to sharpen the appeal of working at U.S. Venture by increasing opportunities for career growth.

“There is a talent shortage for entry-level jobs in our industry, so we have to be very creative in how we find and bring in talent. We want to offer something that’s unique or different so we can become a talent powerhouse in our industry,” she says.

Her team is exploring ways to use social media and marketing to increase the visibility of career opportunities in cities such as St. Louis, Missouri; Denver, Colorado; and Fort Lauderdale, Florida, where there are known talent shortages for the kinds of jobs U.S. Venture needs to fill. The team is also working with Hispanic chambers of commerce and military groups to make the company’s career opportunities known to new and different types of audiences.

McNevin is also negotiating contracts with a few colleges across the country to offer four-year degrees to the firm’s entry-level employees.

“We want to attract candidates by offering the potential to gain experience and a four-year degree while working for us,” she explains. “A forklift driver, for example, could prepare to move up to the role of supervisor or operations manager.”

The company will back the program with a generous tuition reimbursement plan, plus flexible scheduling for shift workers.

“Some of the leaders in our tire business, U.S. Auto Force, don’t have college degrees,” McNevin notes. “They started with the company when they were 20 years old and now they are vice presidents. That’s another reason I want us to offer education opportunities that recognize potential and confer credit toward either an associate’s degree or a bachelor’s degree.”

New college graduates at U.S. Venture may be eligible to take part in a leadership-in-training program or a business consultant training program, which prepares them to work in one of the company’s facilities or sales territories. “This is another way we are preparing for a wave of retirements by upskilling younger, newer employees,” says McNevin.

Further, U.S. Venture is helping its material handlers—individuals who move tires from place to place—move up the skill ladder toward promotions to supervisor. “We want to give people in this work category a career path,” explains McNevin. “A material handler can move up the ladder from a level 1 to a level 3. From there, we often see them promoted to a supervisory role and subsequently an operation manager role.”

Like many companies, U.S. Venture is exploring potential uses for artificial intelligence (AI), such as automating work in its warehouses. The company also wants to automate some routine aspects of customer service so that representatives are freed up to handle complex or unusual situations.

McNevin is interested in using AI for streamlining talent processes, such as acquisition and in introducing AI-assisted recruiting and selection. “We want to speed up the process by giving job seekers a way to ask questions about jobs and have them answered online,” she explains. “This would not only save time but would help job seekers determine if a particular job really is for them.”

In addition, a recruitment app could ask candidates screening questions. For example, the app could ask individuals exploring truck driving jobs whether they have a commercial driver’s license with appropriate endorsements for different types of vehicles. Such an app could screen for suitable candidates based on a set of criteria and make appointments for follow-up telephone interviews.

Another workplace trend that already benefits U.S. Venture is the nationwide increase in temporary and part-time workers, known loosely as the gig economy. According to some estimates, half of all U.S. workers will be freelancers by 2020.

“We take advantage of the gig economy in several different ways,” says McNevin. “We have a strong busy season starting around August and ending by January. During the busy months, we can hire people from the gig economy to fill part-time jobs, work nights or weekends, and pick up extra shift work.”

Some U.S. Venture employees considering retirement have already chosen to join the gig economy, staying on with the company as part-time workers. “While they work part time, we’re able to upscale the next people in line for their jobs,” McNevin notes. “We also have some contractors who only want to work during the school year, and we can accommodate them as well.”

For example, every year, U.S. Venture hosts the U.S. Venture Open, a large one-day charitable event to end poverty. The golf event has raised more than $42 million in 33 years to fight poverty in northeast Wisconsin and relies heavily on volunteers but also supplements its professional staff for the event with part-timers. For several years, the company has contracted with a teacher, who is off in the summer, to help run the tournament.

“We prepare our coaches to work with executives on growth that is specific to their needs.”

While giving attention to the future of U.S. Venture’s workforce capability, it has been natural for McNevin to think about the future of the L&D profession and its concerns going forward. “I think one thing that will be more prevalent is adaptive learning that’s personalized to the learner,” she predicts.

McNevin points to the assessments that her company uses. “The assessments tell us which people are already good at skills we deem necessary for success and which people need more learning. I’d like to see more of us in the profession using analytics to sort between who needs skill development and who doesn’t, so that we’re not putting people in courses they don’t need. Scaling this, especially in large organizations, would save so much time.”

The issue of targeted skill development first became clear to McNevin when she worked in the healthcare industry, where she encountered a study that compared the confidence levels and competence of new nurses to those who had been in the profession for at least 20 years. The study showed that the nurses with 20 or more years of experience had high confidence in themselves but were assessed as less competent than the new nurses, who, by contrast, lacked confidence.

Where skills for talent development professionals are concerned, McNevin believes, as many of her peers do, that it remains important to bring business rigor to the work they do. “Our consultative skills are key. We need to make sure that what we’re doing really has impact on the business. Our work has to be done in partnership with the business and not as a standalone. That way, everybody’s got a stake in the game,” she says.

She also believes that L&D professionals need to get up to speed in areas such as AI and machine learning, especially for their analytic capabilities. “For example, I would like to be able to apply AI to the task of assessing skill sets to determine who needs development and what kind it should be,” she explains. “I think it would help reduce waste in the learning field.”

McNevin acknowledges that implementing AI in small companies such as U.S. Venture may be impractical for the moment because of the organization’s scale. Nevertheless, she is leaning on her IT colleagues and preparing herself—by watching webinars and reading books and articles about AI—for what she views as an inevitable and dramatic change in the world of work and, by extension, in the talent development field.